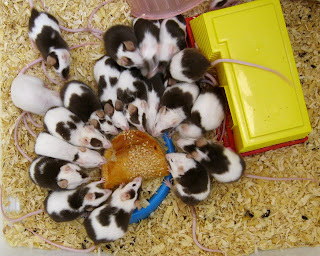 We will post on this Future-of-Art blog during the Hebrew year 5772, excepts from Mel Alexenberg's book The Future of Art in a Postdigital Age: From Hellenistic to Hebraic Consciousness corresponding to the weekly Torah reading.  "Tower of Babel: Disasterous Creativity" is from this week's reading - Noah, the second chapter of the biblical book Genesis.

According to the Bible, the first creative architectural collaboration of humanity was disastrous. “Come, let us build a city and a tower with its top in the heavens and let us make a name for ourselves, lest we be dispersed across the whole earth.” (Genesis 12:4)  The builders of the Tower of Babel mistakenly thought they could work together to find God by ascending to meet Him in heaven. The next sentence in the Bible begins, “God descended to look at the city and tower which the sons of man built” (Genesis 12:5).  Rabbi Kook points out that we need to open our eyes to see divinity descending into our immediate surroundings rather than to search for God in some far off heavenly realms.  Holiness and sanctity exists here in the physical world. The narrative of the Tower of Babel is immediately followed by the story of Abraham who was the first to mend the rift between heaven and earth by showing his generation ways to fuse the physical and the spiritual here in this world.

In an arrogant expression of power over nature, the builders made bricks of clay and fired them to make them hard as rock. They used these man-made bricks rather than stone, the common building material of the times supplied by nature. They valued the prized production of their hands above all else. The midrash presents a narrative to explain the basis of divine displeasure at the moral decay that results from fervently focusing on the material world divorced from its spiritual elements and from exclusively focusing on the means at the expense of the end.

"Many years were spent building the Tower. It reached so great a height that it took a year to mount to the top. A brick was, therefore, more precious in the sight of the builders than a human being. If a man fell and died they paid no attention to him; but if a brick fell down they wept because it would take a year to replace it." (Perke de Rabbi Eliezer)

The offense of “let us make a name for ourselves” is added to the offenses of attempting to find the spiritual in heaven rather than here on earth and of valuing the work of human hands above human life. If all humanity that survived the Flood acted together in the Towerbuilding project for the purpose of self-aggrandizement, to whom is “let us make a name for ourselves” addressed? It could not be directed to some other group of people, another community or nation, since none existed at that time. It is directed to the individual and to God. It diminishes the individual by elevating the collective above him. “Us” and “ourselves” refers to the community of builders who see the might of the collective against the individual who is subordinate to the group or against God who hides high above threatening a new Flood. The builders were apathetic when one of them fell to his death. They shot arrows from the top of the Tower straight up into the sky hoping to find God’s blood on their arrows as they fell back to earth. The individual was but a dispensable cog on the Towerbuilding machine. God was a threat that they aimed at bringing down to earth dead so they would reign in heaven from the top of their Tower. The Tower of Babel story aims at developing biblical consciousness that values community when its purpose is not selfaggrandizement, but aggrandizement of God and of each individual created in the Divine image. A community’s worth is determined by how successful it is in honoring and serving the individual and how successful it is in bringing God down to earth alive.

The greatest transgression of the Tower builders, however, was their defying the Divine will that expects humanity to revere and applaud differences between peoples. In postmodern terms, they failed to realize and honor the values of polyculturalism. It is most significant that the Bible, which does not waste words, repeats the same message three times, each time in relation to one of the descendants of Noah’s three sons. After naming the 14 nations emerging from Japheth, we read: “From these the islands of the nations were separated in their lands – each according to its language, by their families, in their nations" (Genesis 10:5). After naming the 30 nations from Ham, “These are the descendants of Ham by their families, by their languages, in their lands, in their nations” (Genesis 10:20). And after naming the 26 nations from Shem, “These are the descendents of Shem according to their families, by their languages, in their lands, by their nations. These are the families of Noah’s descendants, according to their generations, by their nations; and these nations were separated and spread across the earth after the Flood” (Genesis 10:31–32). Rabbi Samson Raphael Hirsch comments that it is not without good reason that God makes people so different from one another. Individuals are intended to compliment one another. Just as God did not create a single mold in which to cast identical clones, so each of the biblical seventy nations of the world was not meant to come together to speak one language, to share a common set of cultural values, and to engage in a singular mission of self-aggrandizement. God descended to see the city and the tower that the son of man had built… From that place, God scattered them all over the face of the earth, and they stopped building the city"  (Genesis 11:5, 8). Each nation has its unique and distinct voice to contribute to the grand planetary choir singing God’s praises.

Dialogic art of reconstructive postmodernism honors collaboration and collective creativity, but not of the Tower-builders kind. It facilitates expressions of diversity within participatory group processes. As in the collective creativity workshops run by Lawrence Halprin, they allow group differences to emerge, not submerge. Although it is a global enterprise, the postdigital wikiworld of collaboration avoids the disastrous collective creativity of Babel by welcoming the originality and initiative of the participants. The thousands of volunteers who have been creating Wikipedia, for example, have not created a single-language authoritative version, but are creating an open-source growing organism in more than 240 different languages.