How to Photograph God: Kabbalah through a Creative Lens

I am working on a book based upon projects with my students at Emuna College in Jerusalem and Ariel University that will be titled: How to Photograph God: Kabbalah through a Creative Lens

(The book was published in 2015 with the title: PHOTOGRAPH GOD: CREATING A SPIRITUAL BLOG OF YOUR LIFE.)
Below is an excerpt from the introduction to the book:
"Focus your camera lens on God and you will see God looking back at you. Seeing God is seeing divine light reflected from every facet of your life. The ancient wisdom of kabbalah will help you recognize that you have been looking at God all the time but missed the action.

You only see light. You have never seen your mother, father, spouse, or children. You only have seen the light reflected from them. You only see light passing through your eye’s lens, stimulating the rods and cones in your retina, and transmitting the forms and colors of those you love to your brain. Just as you enjoy seeing your loved ones from the light they reflect, you can find joy seeing divine light reflected from every place you look. This book teaches how to see the spectrum of divine light through your camera lens." 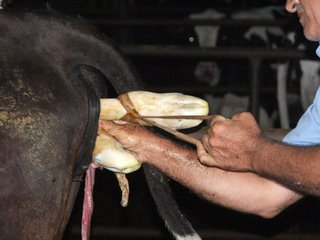 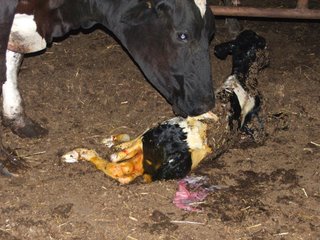 Photographing Tiferet/Beauty
My student, Roni Levi, photographed the birthing of a calf, an awesome event expressing tiferet/beauty as the vital balance between the farmer's hesed/compassion and gevurah/strength in helping bring new life into the world.

Seeing God through a ViewfinderThe project that I assigned my students at the College of Judea and Samaria and Emunah College of the Arts in Israel was to photograph God – to document processes revealing six divine attributes in their everyday life.
Hesed: Compassion / Largess / Loving All
Gevurah: Strength / Judgment / Setting Limits
Tiferet: Beauty / Aesthetic Balance / Inner Elegance
Netzakh: Success / Orchestration / Eternity
Hod: Splendor / Gracefulness / Magnificence
Yesod: Integration / Foundation of Everything/ Gateway to Action

Seeing God is Getting in Touch with Reality
Rabbi David Aaron wrote an insightful book, Seeing God, (New York: Berkley Books, 2001), using kabbalistic insights to illuminate how we can see divine light all around us. He shares my discomfort using the word “God,” a Germanic word conjuring up images of some all-powerful being zapping us if we step out of line. He calls God Hashem, literally “The Name” in Hebrew, the name of the nameless One encompassing all of reality and beyond. He writes:

Hashem does not exist in reality – Hashem is reality. And we do not exist alongside Hashem, we exist within Hashem, within the reality that is Hashem. Hashem is the place. Indeed, Hashem is the all-embracing context for everything. So there can’t be you and God standing side by side in reality. There is only one reality that is Hashem, and you exist in Hashem…. Everything is in Hashem, Hashem is in everything, but Hashem is beyond everything…. Seeing God is all about getting in touch with reality.
Like the spectral colors that make up white light, we can see the spectrum of divine light in our everyday world as the attributes of compassion, strength, beauty, success, splendor, and integration.

To see more go to:
Photograph God BlogGo to www.photographgod.com
Posted by Mel Alexenberg at 11:34 AM

The March 2006 proposal for the creation of a new School of Art and Multimedia at Netanya Academic College was rejected by Israel's Council for Higher Education. The proposal grew into my 2008 book Educating Artists for the Future: Learning at the Intersections of Art, Science, Technology, and Culture.

Sir – Lack of funds is not the only reason for Israel’s brain drain. It is lack of vision and ineptitude. The editorial “Save our scientists” (August 27) states that Israel’s official policy is “to combat the brain drain by drawing to Israel both some of those Israelis who have left and also new immigrants.” Israel’s Council for Higher Education defies that policy even when no funds are involved.

A proposal for a School of Art and Multimedia that recruited faculty from among Israelis working abroad and potential olim was rejected. It was proposed by Netanya Academic College, an accredited private institution of higher education that requested no funding from the Israeli government for this new school.

The curriculum for this new school was designed by an expert in new media art living in Israel (a former art professor at Columbia University and research fellow at MIT’s Center for Advanced Visual Studies) in cooperation with an International Advisory Board of the world’s most innovative thinkers in higher education in the arts. The recommendations of these top professors were developed into a book ‘Educating Artists for the Future: Learning at the Intersections of Art, Science, Technology, and Culture’ published by Intellect Books/University of Chicago Press. The unprecedented inclusion of a highly acclaimed book created especially as an integral part of a proposal for an academic program was ignored.

The Council for Higher Education committee to approve a school of art and multimedia had no representatives of the arts. It was made up of an architect, graphic designer, and industrial designer. It is as if a committee of a pharmacist, dentist, and veterinarian was formed to approve a proposal for a new medical school.

It is not just lack of funds that is crippling Israel’s higher education. It is the professional incompetence of Israel’s educational bureaucracy that drives 3,000 top-notch Israeli scientists to work abroad. 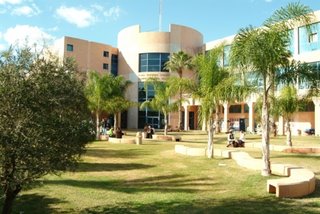 Netanya Academic College
School of Art and Multimedia
Learning at the Intersections of Art, Science, Technology, and Culture

I am negotiating with Israel’s Council of Higher Education for approval to establish a new fully accredited School of Art and Multimedia at Netanya College. I will be Dean of the School when it opens next year.

The New School
The School of Art and Multimedia will offer B.A. and M.F.A. programs in which students creatively redefine art at the interdisciplinary interface where new technologies and scientific inquiry shape cultural values of a Jewish state in an era of globalization. The program will couple theoretical studies with studio practice using new media to make artworks that create a lively dialogue between artist and society. It will prepare artists and designers to contribute imaginatively to Israeli and global culture and to develop innovative uses of digital imaging and multimedia in a wide range of fields.

The College
Netanya College was founded in 1995 as the university of the Sharon region between Tel Aviv and Haifa and is Israel’s fastest growing institution of higher education. It offers degrees in computer science and mathematics, communications, behavioral sciences, law, business administration and banking to its 4,000 students. The College is creating new degree programs in art and multimedia design, industrial engineering and management, and Middle Eastern studies. Its Strategic Dialogue Center, co-chaired by former president of USSR, Mikhail Gorbachev, and Prince Hassan Bin Tallal of Jordan, develops practical applications of integrated academic techniques in dealing with conflict-ridden areas of the globe.

I presented an educational model based upon this analysis at the SIGGRAPH 2005 conference on computer graphics and interactive media in Los Angeles. I am developing it further based upon the concepts of the world's most prominent educators in new media arts who have contributed to my 2008 book, Educating Artists for the Future: Learning at the Intersections of Art, Science, Technology, and Culture, being published by Intellect Books/University of Chicago Press.

Creative Learning
The educational model for the new school integrates this research with a structure of creative learning derived from Jewish thought. It explores interrelationships between five realms leading from intentions, thoughts, and feelings to action: