A Creative Book for Creative Thinkers 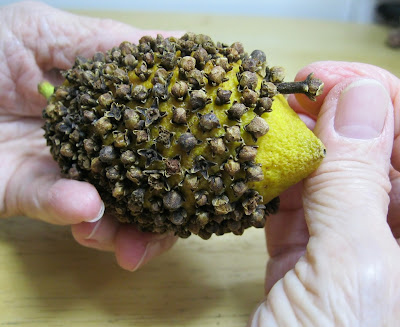 by Olivia Sagan
University of the Arts, London

A resounding theme is that interdisciplinarity is a hallmark of our networked, cyber times, with information, knowledge and practice leaking sometimes uncontrollably across boundaries, sometimes wonderfully and creatively: ‘It is apparent that new ways for educating artists for the future will be found in a global fabric woven with colourful threads from all fields of human endeavour’ (p. 12). Important words for those concerned that our Higher Arts Education institutions may sometimes reflect preciousness about disciplines and their boundaries, not to mention an ethnocentricity regarding creative endeavour.

A further, urgent viewpoint expressed by Giglotti, and one which can too easily be overlooked and marginalised, is that of sustaining a social and environmental conscience in our creative work, and the sheer shock of learning about global impacts of our use and abuse of resources. Giglotti cautions us on ‘the suppression and destruction of non-human creativity – organic, ecological and biological – and the corrosive effects of that destruction on sustained human activity.’ (p. 63). Once more, intense questions and complex reasoning, which, once the reader is into the sometimes less than smooth flow of the book, begin to feel mind-broadening and powerful.

This is a creative book for creative thinkers – particularly those with a passion for technological advances: ‘What should education in a networked age look like?’ (p. 95) – including their use, non-use or abuse in the field of creative arts. But it is also a book which rather elegantly, at times, attempts to show how creative endeavour can, could, and should, wise up to the beauty, creativity and shared impulses of, for example, maths and physics. As Sonvilla-Weiss asks: Can both art and science learn from each other, and, if so, at what and for what?’ (p. 104).

This book embodies a perhaps very human urge to learn across disciplines, and explore the border conflicts of their interface. Inevitably, this is difficult. Inevitably, the language reflects this. But persevere, because like all learning of value, it’s worth the occasional or even regular discomfort… in the end.
Posted by Mel Alexenberg at 5:50 PM

Inspiration by the Bucket-load 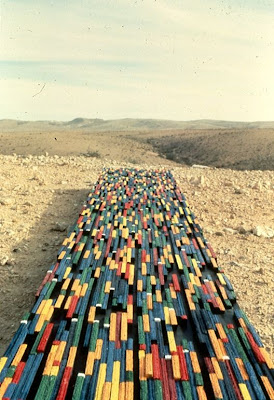 This is the first book, to my knowledge, which considers the future of our Arts and Media Culture in the wake of the explosion of digital and technological Arts with such depth and rich diversity of content.From the point of view of an Esoteric Artist out in the field, the different subjects discussed herein have given me considerable food for thought, as well as insight and knowledge into disciplines that I had not previously encountered.

The reoccurring theme of Scientific research based Art and Technology is examined in great detail and with energetic enthusiasm, neatly interspersed with personal experiences from each author, dissecting and describing activities and projects in their chosen field.Subjects such as “Syncretism”, “Afferent and Efferent Education” and “Transgenic Art” are terms with which I was unfamiliar, but were explained by each Author with eloquence and coherence. I particularly enjoyed the chapter “New Media Art as an embodiment of the Tao”, “Multi-cellular creatures with sensors, joints and a neural network, living in a simulated environment”, would have been categorized as Science in my understanding, and therefore separate from Art and Artists, prior to reading this fascinating book.

I would highly recommend that anyone who intends to produce images of a symbolic nature read the chapter about “Media Literacy: Reading and Writing Images in a Digital Age”. The different levels of meaning in Art and Photography, discussed in the narrative, explores the successful production of meaningful, thought provoking and powerful imagery.

The links between Science and Art, severed so long ago, have not only reunited into a collective but are mutating into new and exciting dimensions. For Artists/Teachers/Researchers, and anyone interested in expanding their knowledge of post digital media Educating Artists for the Future: Learning at the Intersections of Art, Science, Technology and Culture is the perfect companion for navigation.

Delving into the different sections of this text reveals a wealth of information regarding proposed and already successful course structures in Art and Technology. From cross-cultural and multi disciplined perspectives, the pathway is illuminated resulting in omni-directional destinations.

You are guaranteed to find inspiration by the bucket-load whether you are an artist, designer, tutor, or student of Multimedia and the Arts.
Posted by Mel Alexenberg at 9:51 PM 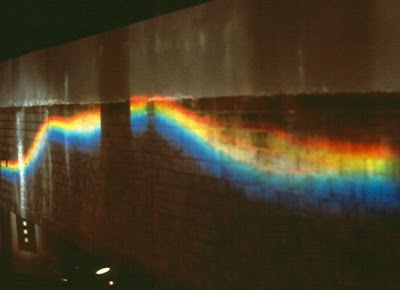 Dialogic Art in a Digital World 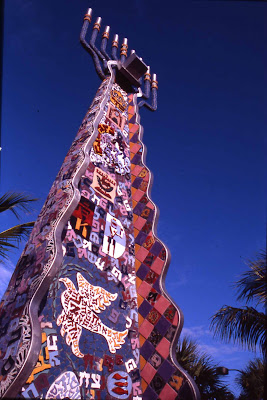 A Hebrew version of my book:
The Future of Art in a Digital Age: From Hellenistic to Hebraic Consciousness (Intellect Books/University of Chicago Press, 2006, paperback 2008).
Posted by Mel Alexenberg at 10:48 PM 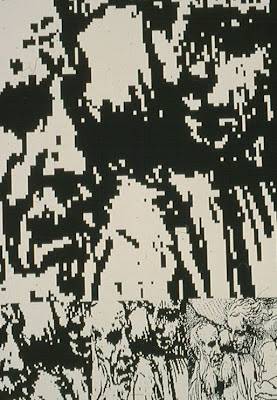 Educating Artists for the Future:
Learning at the Intersections of Art, Science, Technology, and Culture

In Educating Artists for the Future, some of the world’s most innovative thinkers about higher education in the arts offer fresh directions for educating artists and designers for a post-digital future. A group of artists, researchers, and teachers from a dozen countries here redefine art at the interdisciplinary interface where scientific inquiry and new technologies shape aesthetic values. This volume offers groundbreaking guidelines for art educators, demonstrating how the interplay between digital and cultural systems calls for alternative pedagogical strategies that encourage student-centered interactive learning.

For book contents, click on Educating Artists for the Future under Previous Posts on the right column of this blog.

A Hebrew version of The Future of Art in a Digital Age published in Jerusalem by Rubin Mass.
Posted by Mel Alexenberg at 1:00 PM