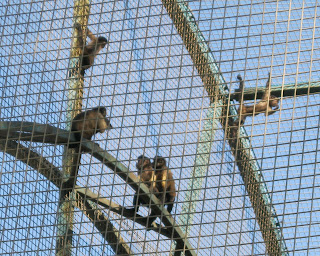 In its third chapter, the Bible shifts its focus from all of humanity to the life of Abraham and the story of the Children of Israel. It begins with the divine command to leave one’s familiar past in order to envision a new future. Abraham is told: “Walk yourself (lekh lekhah) away from your land, from your birthplace, and from your father’s house, to the land that I will show you.” (Genesis 12:1). A word lekhah “yourself” added to lekh “walk away” teaches that one can only come to see the new land by moving psychologically as well as physically away from an obsolete past. Abraham is identified as a Hebrew, literally “a boundary crosser.” The personal power of Abraham to leave an obsolete past behind and to cross conceptual boundaries in creating a new worldview is a meaningful message for our age of globalization. He deserted the local gods of his father in which divine messages were perceived as flowing through the narrow channel of an idol’s mouth. Instead, he gained the insight of the existence of an all-encompassing spiritual force that integrates the entire universe and all humanity in one universal ecosystem.

Subverting idolatry with a twist of irony has been the mission of the Jews from their very beginning. As a prelude to the biblical story of Abraham beginning his journey away from his birthplace and his father’s world of idolatry, the Midrash tells that Abraham was minding his father’s idol shop when he took a stick and smashed the merchandise to bits. He left only the largest idol untouched placing the stick in its hand. When his father returned, his shock at seeing the scene of devastation grew into fury as he demanded an explanation from his son. Abraham explained how the largest idol had broken all the other idols. He could have smashed all the idols without saving one on which to place the blame. An idol smashing idols gives us clues for creating art to debunk Art.

In Idolizing Pictures: Idolatry, Iconoclasm and Jewish Art, Anthony Julius proposes that the primary role of the Jewish artist is to subvert idolization of totalitarian leaders and political systems as well as art itself. Jewish art aims to undermine undue reverence for art. The most common form of modern idolatry is when the work of art or the State become idols, alienated from their makers and given a false sovereignty. In its postmodern form, Jewish artists attempt to use art to knock art off its pedestal by displaying a creative skepticism not just towards art’s subjects but also towards its purposes. “By creative skepticism I mean something like an art-making iconoclasm, that is, an art which turns against Art.”

Excerpts on the Lekh Lekhah Torah portion from
The Future of Art in a Postdigital Age: From Hellenistic to Hebraic Consciousness, pages 41, 68.

See an alternative view at the Torah Tweets blogart project at  http://torahtweets.blogspot.com/2010/10/lekh-lekha.html
Posted by Mel Alexenberg at 7:46 PM