Call for artwork that is POSTDIGITAL 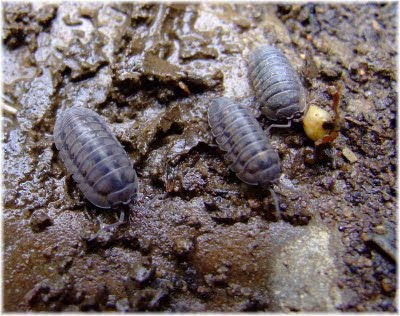 Call for artists who consider their artwork to be POSTDIGITAL.

I’d also like to receive artists' views on what constitutes postdigital perspectives. Below are some ideas on art beyond the digital in my 2008 book 'Educating Artists for the Future: Learning at the Intersections of Art, Science, Technology, and Culture' (Intellect Books/University of Chicago Press).

In his chapter “Beyond the Digital: Preparing Artists to Work at the Frontiers of Technoculture,” Stephen Wilson proposes that although the impact of digital technology is significant, it forms part of something much more momentous that is intertwined with the aesthetic, ethical, cultural, and social-economic. Scientific research and technological development are radically transforming basic philosophical ideas about the nature of the physical world, time and space, the nature of life and intelligence, and the limits in our abilities to transform the world and humanity. Art redefined by a digital revolution linked to revolutions brewing in the realms of biology, neurophysiology, materials science, and cosmology require new methods for educating artists at the intersections of art, science, technology, and culture.

Roy Ascott in his chapter “Pixels and Particles: The Path to Syncretism” also proposes that the digital moment has passed in the sense that interfaces are migrating from a cabled, box-bound environment to wireless multi-sensory, multi-modal, mobile, wearable forms, and eventually with biochips implanted in our bodies. He coins the word “moistmedia” as the symbiosis between dry pixels and wet biomolecules. Our artistic inquiry and design skills will be devoted to creating moistmedia artworks from which new metaphors, new language, and new methodologies will arise. The dynamic interplay between digital, biological, and cultural systems calls for a syncretic approach to arts education realized through connectivity, immersion, interaction, transformation, and emergence. Ascott explains that young artists face the challenge of creating a syncretic art that explores telematics (planetary connectivity), nanotechnology (bottom up construction), quantum computing (augmented cyberception), cognitive science and pharmacology (field consciousness), and esoterica (psychic instrumentality).
Posted by Mel Alexenberg at 5:27 PM

How to Photograph God: Kabbalah through a Creative Lens and Man Plans, God Laughs 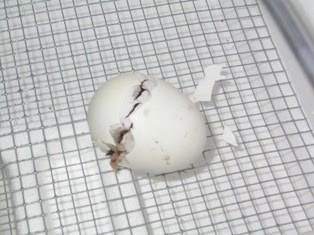 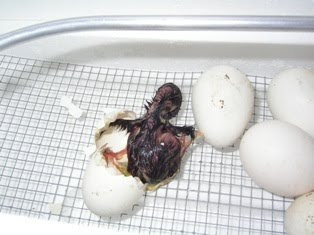 The 16 June 2006 and 13 June 2006 posts have been updated.
The 16 June post gives a preview of the book that I am currently writing: How to Photograph God: Kabbalah through a Creative Lens. More can be seen at my blog: http://photographgod.blogspot.com/.
The 13 June post retitled Man Plans, God Laughs (a Yiddish proverb) is a proposal for the creation of a new School of Art and Multimedia in Israel that was rejected and a letter to editor of The Jerusalem Post.
Posted by Mel Alexenberg at 10:26 AM

The Future of Art in a POSTDIGITAL Age

I am working on an updated and expanded hard cover version of my book The Future of Art in a Digital Age: From Hellenistic to Hebraic Consciousness (hard cover 2006; paperback 2008) that will be in the Fall 2010 catalog of Intellect Books/University of Chicago Press.

It is being renamed
The Future of Art in a Postdigital Age: From Hellenistic to Hebraic Consciousness.
There will be two new chapters in the book:
"Postdigital Perspectives: Rediscovering Ten Fingers" and
"Wikiperspectives: Multiform Unity and Global Tribes."
Posted by Mel Alexenberg at 9:16 AM 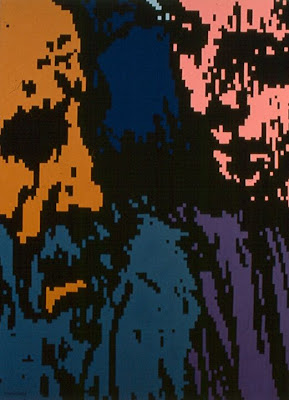 
Educating Artists for the Future: Learning at the Intersections of Art, Science, Technology and Culture
Bristol, UK: Intellect Books / Chicago: University of Chicago Press. 344 pages. ISBN 978-1-84150-191-8 (hard cover).
Reviewed by Dr. Rita L. Irwin, Professor of Art Education and Curriculum Studies and Associate Dean of Teacher Education, The University of British Columbia, Vancouver, BC, Canada.
Educating Artists for the Future: Learning at the Intersections of Art, Science, Technology and Culture is a rare find. Editor Mel Alexenberg has done a remarkable job of bringing together outstanding artist/educators who are grappling with issues related to technology, ecology, creativity, agency, identity and community. Each individual author provides rich written descriptions of projects they have undertaken, the conceptual underpinnings that frame their work, and the implications of their practices for art education in informal and formal learning contexts. I am certain that readers reviewing this book will feel a profound sense of collectivity knowing we are at the edge of transforming the world in which we live.
The volume is divided into the following five sections book-ended with an introduction and epilogue by the editor: Beyond the Digital, Networked Times, Polycultural Perspectives, Reflective Inquiry, and Emergent Praxis. Each section has four chapters making this 22 chapter book an extensive array of ideas from authors representing Brazil, Canada, China, Czech Republic, Finland, Germany, India, Israel, South Korea, Switzerland, Turkey, UK and USA. Its international character alone makes this book a must read for educators wanting to understand the arts and education at a global level.
Readers wishing to be inspired will be able to take away clear understandings of how education is shifting from an information-age to a conceptual age, how creativity (as we have known it) is shifting from a focus on the individual to a focus on networks, and how intersections between and among art, science, technology and culture are richly laden with social, biological, spiritual, political, and aesthetic aspects that portray the in-between generative spaces for enhanced possibilities.
Although Alexenberg describes his own journey in learning according to several themes, his ability to integrate high-concept (creating art that recognizes opportunities, narratives, and unrelated ideas into an original design) and high-touch abilities (using one’s abilities to understand the human condition while stretching one’s ability in the pursuit of meaning) in his own work, and throughout the entire book, brings his themes to the forefront. For instance, learning through awesome immersion, learning through interdisciplinary imagination, learning through cybersomatic interactivity, learning through polycultural collaboration, learning through ecological perspectives, learning through responsive compassion, and learning through holistic integration, to name a few, draw out his ability to inspire excitement for embracing our changing worlds. These themes are not limited to his experiences. Instead, they reflect the range of learning experiences portrayed by all of the authors.
There is something deeply enlightening about reading new books in our field that illustrate truly international responses to changes in contemporary art, educational practices, and indeed, research across the arts and education.
I highly recommend it for teacher education and fine arts education classes in higher education.
Posted by Mel Alexenberg at 8:51 AM

Sky Art: From Munich to the Tzin Wilderness

From my book:
The Future of Art in a Digital Age:
From Hellenistic to Hebraic Consciousness

A Sukkah at the BMW Museum
My students at the college I headed in the Negev desert helped me tie four mega-tzitzit from ship rope and paint one strand skywater blue. We stuffed these 30-foot long tzitzit in four specially made canvas bags to be flown to Germany by Lufthansa. They would hang from the corners of a giant habitable talit [prayer shawl] on the street in front of the BMW Museum in Munich. It would be my art installation for the third international “Sky Art Exhibition.” 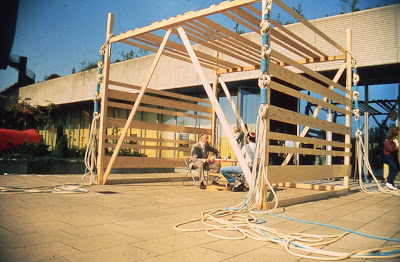 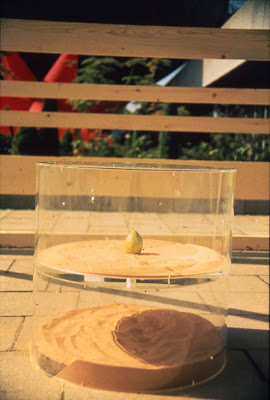 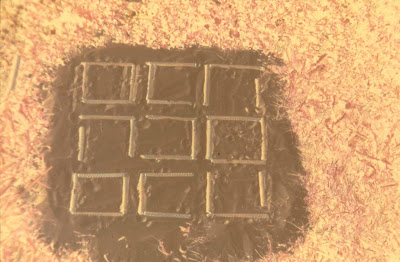 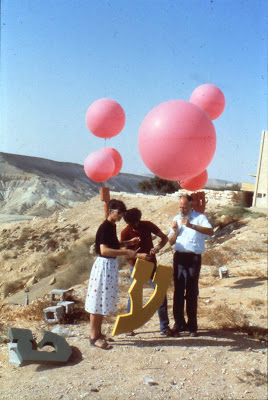 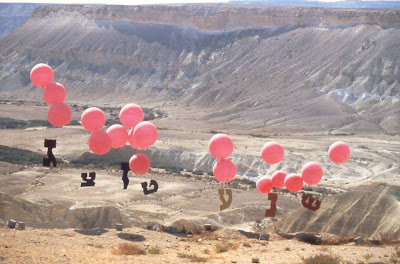 Since my wife’s entire extended family from Holland were murdered by the Germans, I was reluctant to accept an invitation to participate in an exhibition in the city in which Hitler got his start and at a museum across the road from the Olympic Village where 11 Israeli athletes were murdered by Arab terrorists nearly 30 years before 9/11. However, reading the article on Munich in Encyclopedia Judaica changed my mind. The enthusiastic support of Munich’s citizens for Hilter was no new phenomenon.

"In the second half of the 13th century Munich appears to have had a sizable Jewish community; the Jews lived in their own quarter and possessed a synagogue, ritual bath, and a hospital. On October 12, 1285, in the wake of a blood libel, 180 Jews who had sought refuge in the synagogue were burnt to death.”

The anti-Semitic nightmare continued. Munich’s Jews were murdered as scapegoats for plague in 1348, and all the Jews were expelled from Bavaria for the next three centuries in 1442. To harass the Jews during the 18th century, the Munich authorities made it illegal to build a sukkah, the traditional hut built for one week each year as a reminder of the Israelites’ desert dwellings during their exodus from Egypt.